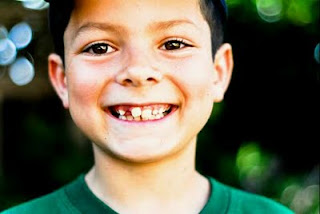 A lot of people dislike mirrors. Who can blame us? Most of the time we are not great fans of truth and mirrors are mercilessly truth telling. It may seem like a mundane and unimportant observation over which to be thankful but one merciful feature of the glass mirrors with which we are most familiar is that they stand still. Can you imagine if they moved on their own? And with a malicious intent? Every corner representing a potential BOO! Unable to escape your laughable bed head? Yikes. But happily they generally pretty much stay where we put them and aside from the odd Disney movie they don’t move or talk on their own. That's a blessing.


Recently my son unwittingly made me aware that there are different kinds of mirrors. I may have learned about this fact previously, elementary school or something like that, but until a week ago I guess I'd just plain forgotten. More likely ignored it.

Josh is getting older. Every day that passes and inch he grows the stakes grow as well. It feels like we have so little time left to help point him in the direction of godly masculinity. As the pressure mounts all of his boyish imperfections seem to grow more and more glaring ... and annoying. I encourage him to mortify these areas of his flesh now. The farther down the path he pushes them the deeper the rut he'll have to pull himself out of. With all the wisdom that retrospect provides I urge him to not wait but to deal with bad habits now before their roots grow deep and require a community effort to remove. I thought if I reasoned biblically with my children that they'd ... get it ... I forgot about indwelling sin. Why do I have to repeat myself so frequently? Why doesn't he get it?

I was busy thinking about all of this one evening as we prepared for dinner. I was looking at him wondering what I could try next, what tactic I could attempt like Gandalf at the western gate of Moria, what magical words could I summon to open the doors of his heart. At that moment the spotlight that I thought I had been in control of was suddenly swung uncomfortably in my direction. Do you realize how hot those things are when they are shining right on you?

What did the spotlight reveal? To my genuine alarm the realization crashed in on me … “I think he's acting like me!” If I'd said it out loud it would have been said with an admixture of horror and confusion.

I stood there blinking like one of those tacky neon signs in Vegas that are impossible to ignore. The realization tumbled through the cobweb strewn halls of my mind, rooms that heretofore have seen very little light. So many of those sinful character traits that I have been trying to weed out of Josh’s life with one hand I have been traitorously planting with the other hand. Like Miss Havisham in Dickens classic novel Great Expectations I have been training my own little protégé to treat others with the kind of heartless pride and dismissiveness as Miss Havisham had trained Estella. Dickens wrote Miss Havisham so well that we hate her for sowing these seeds in that little girl. I hate her. Good thing the mirrors of my heart are dusty and covered with cobwebs or I may have seen earlier that I've been doing the same thing.

As a husband and a father I am a leader. This means that like it or not I have followers. People who are walking behind me on the paths that I am treading. Through time and proximity they rub up against me and without knowing it start walking, talking, complaining, and rolling their eyes just like I do. Who can blame them? I'm their leader. They're FOLLOWING me.

And so as I looked at Josh standing there in the kitchen I grasped the truth that though he was doing so unwittingly he nevertheless was a sweaty 11 year old mirror of myself. Yes, he is culpable before God for his own sin, but I am no less culpable for my own. Who carries the greater blame? Well, Jesus said that it would be better for me to tie a mill stone around my neck and be thrown into the sea than to cause one of these little ones to stumble. I'm the adult after all. I have been given much and therefore much is required of me.

So, now that God has opened my eyes to this uncomfortable reality, what am I going to do? This is a big project. Not changing my son, but changing myself. Well, he just spilled the milk ... moment of truth number one ... will I laugh and help him clean it up? Or will I do that thing that comes so much more naturally?