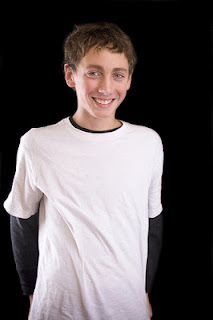 You ever think things are fine and then ... KERBLAAM!!! Suddenly you find yourself in the middle of a mess?

Matt thought everything was fine too. He was happily playing Foosball ignorant that a storm had been brewing around him until his youth pastor, Dan, called him aside and unexpectedly smacked Matt upside the head with a problem.

Dad's can be momma bears too and Dan believed that Matt had been ostracizing and isolating his son. This was not what Matt had expected at all. He thought that he was on great terms with Dan. Matt stood there dumbfounded with eyebrows raised in surprise feeling really defensive. The way the whole thing went down made it feel a bit like a blindside and the conversation was left as so many confrontations are ... awkward, no resolution, Matt feeling really defensive. Ripe for bitterness.

Matt was telling me all of this over the phone. He thought it was just an interesting story and that I would console him with a proverbial pat on the back for having suffered such an injustice. But all I saw was a dangerous lack of christian reconciliation. Sin had wedged itself between two christian brothers. It didn't matter that one was 40 and the other was 13.

With only a little cajoling I was able to encourage Matt to pry the truth away from his pride just far enough to examine it honestly for a moment.   When he did, he quickly realized that he was not as innocent as he'd tried to pretend. His sin was one of omission. Matt had stepped onto that church campus each week with the sole purpose of getting his own needs met. He'd ignored the needs of another person. His sin had been one of negligence fostered by selfishness.

I told Matt that the only right course of action was to go to Dan to confess this sin and to ask for forgiveness. Matt agreed to do so (after a few quick attempts at wiggling out of it). But man he was scared! I really believe he thought he might not survive this. That's what makes it so brave! Matt had promised to have the conversation immediately after Youth the next night. I really wondered if he would go through with it.

A couple of  days passed with no word. I was nervous. Finally Matt called. No one had died! The conversation had gone really well! Matt confessed to Dan that he'd been blinded by his selfishness. He committed to proactively look for ways to make sure that everyone, including Dan's son, was being included from then on. At the end of the conversation Dan was overcome with the humility of this 13 year old young man. Dan grabbed Matt, hugged him, and thanked him. THAT is reconciliation! Repentance, forgiveness and a relationship restored.

When you see 13 year old boys like Matt learning to kill their pride in this way it shouldn't surprise you that I believe God is preparing to do something great with this next generation!
Posted by Dave Gregg at 3:10 PM