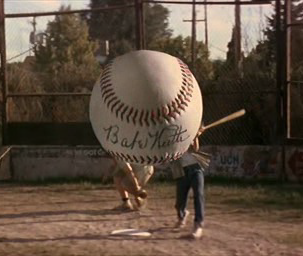 What can you say when a young man seems to be struggling over and over with the same sin? On the one hand he hates it and on the other he loves it. So what kind of counsel can you give? The short answer is the answer that we should always turn to: The Gospel. For those of us that have forgotten let me remind you, this means "good news." Good news is not the same as excusing sin but it also does not mean loading a boat load of guilt and shame on the back of a young man or woman already burdened by their sin. Fortunately the Gospel is simple enough to be grasped by a small child but is also vast and deep enough to provide a pool of resources to prevent you from needing to become a broken one dimensional record.

Below is a letter I wrote to a young man struggling with lust and who had fallen once again. My hope in this letter was to remind him of the grace of God as well as the significance of the sin that he continued to turn to using some analogies that I thought might be helpful. I hope you find the letter helpful as well.

I was praying for you this morning and reflecting on the last fall you had. The focus of my prayer was directed at asking God to grant you a growing keenness and awareness of your actions. It’s so easy to allow life to slip by in a thoughtless series of reflexes. Many men go through their whole life doing things and thinking things based solely on the urges they feel in the moment. This way of approaching life could hardly be called making decisions. It is more appropriate for animals than men. And yet men often ignore the responsibility that attends the blessing of being divine image bearers and choose to behave as if our impulses are the standard of acceptable behavior.

As I mentioned previously, this is the modus operandi of childishness. So as I pray for you I pray that this aspect of childishness will be replaced by an acute mindfulness of the motivation and telos of every decision you make. As Paul admonished the Corinthians in 2 Corinthians 10:5 “take every thought captive to the obedience of Christ.” This means we are always on our guard, and it also means that we have a healthy suspicion of our own motives because as Jeremiah announces in Chapter 17:9 of his denunciation against rebellious Israel, “The heart is deceitful above all things, and desperately sick; who can understand it?”

You can see a clip of that scene here: http://www.youtube.com/watch?v=xyFaLT-L2uk

But remember how Scotty, needing a ball to play baseball with grabbed the signed baseball from his step-dad’s room and used it to play with not having any clue that it had been signed by Babe Ruth. And of course the ball gets destroyed and hilarity ensues. We laugh and groan at Scotty, but we are
often like that with things far more important than a baseball … even one signed by The Great Bambino himself.

Our tongues are great examples. We often “play ball” with them without understanding just how special they are and how much trouble we will get in when we don’t use them correctly.

Your friend in the fight,