Worried For Your Son? There is hope ... but it is not found in your son. 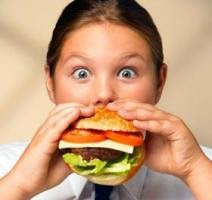 I could tell from his posture he was about to say something. Ryan was sitting across the table strewn with the casualties of a successful battle with lunch and we'd been catching up on how the last week had gone. Ryan is one of those guys who is pretty open about his faults when he feels safe. But usually this openness takes the form of me warning him that I am about to use God's Word to rough him up a bit and after getting knocked gently but firmly around, shaking his head and acknowledging his peccadilloes. But what was about to pour forth freely from Ryan's mouth was unprovoked.

Well not completely unprovoked. The Holy Spirit has been doing quite a bit of provoking in Ryan's life recently and this gusher was just another example of what happens to young men when God takes his hammer and chisel to their hearts.

Ryan was now leaning slightly forward as thought furrows began to creep over his forehead. Words were piecing themselves together behind that think piece of skull bone.

Then almost as if he was scolding himself for not having seen it years earlier the words began to
chase each other out of his mouth, "I need to be more thankful ... I'm so blessed ... but I'm really an ungrateful person..."

I sat across the table from him with a look of wonder growing across my face as he proceeded to rattle off a list of blessings that apparently had been piling up behind a wall of self-centeredness that had until this moment been obscuring them from proper view. Like the Temple Veil of old, The Holy Spirit had decided that this veil was an obstruction to a beautiful view of His kindness that needed to be torn down.

"... And I love my dad. I REALLY love my dad." Ryan continued with a voice full of conviction and sorrow for years of wasted selfishness. "I respect him so much. He really does show me an example of what Jesus is like. Every day he goes to work, where they treat him like crap, and yet he still works hard ... and he does it because he loves me. I really need to stop complaining."

Is the Gospel really "the power of God unto salvation" like the Apostle Paul claimed? Well as you can see, 2000 years later the Gospel message, inflamed by the Spirit of God, is still softening and turning the hearts of fathers to their children and the hearts of children to their fathers just like he promised it would.

Do you have a self-centered young man taking up room on your couch at home? Do you shake your head in frustration and throw up the hands of your heart in hopelessness? If so, remember that your faith is not in the thankless video game addicted couch potato. Our faith is in the God who raises the dead.

"Indeed, we felt that we had received the sentence of death. But that was to make us rely not on ourselves but on God who raises the dead."1 Corinthians 1:9
Posted by Dave Gregg at 9:58 PM