The hardest part of our ministry: Dad's with pompoms 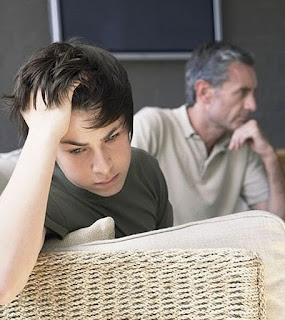 Brad is one of those young men poised to do great things. In a couple of years gaggles of grey headed grandmothers will be dragging their bewildered grand daughters across crowded church fellowship halls in hopes of sparking a romance. He is a godly young man and I can hardly blame those well intentioned octogenarians. But I must ask those blue haired matchmakers to plug their ears for a moment because I am about to remove their proverbial rose colored glasses.

Brad is a sinner AND he's a young man. Combine these two volatile substances and the explosion invariably produced will be lust. Yup. Even the squeaky clean kid who compliments those old grandmas on their Easter hats and is the first to volunteer to help stack the chairs at church, if he's a young man and a sinner will also struggle with lust.

I found out about Brad's particular struggle one day when I asked him routinely if there was anything that I could be praying for. With a slight halting embarrassment he said, " Uh ... you know ... uh ... the stuff that guys tend to struggle with ... uh ... lust ..."

Even though these conversations can be difficult, the hardest part of our ministry is NOT our ministry directly to boys and young men. The hardest part of our ministry is seeing how reticent fathers are to disciple their own children. Brad is a typical example of most young Christian men. He'd never talked to his dad about this subject and His father had never talked to him about it in any more than vague generalities. So for years his son has been struggling under a burden of sin that could have been quickly lifted by the assistance of the man sitting on the couch right next to him. There is no one in a better position to be able to help our sons become godly men than us.

I encouraged Brad to talk to his dad that night, which to his credit he did, and later he described how the immense weight of his sin had immediately been lifted. He felt great! In fact, since then God has been gracious to give Brad victory in this area that had burdened him for years. One dad who invests in his son is B1000 times more effective than a whole stadium full of pastors, youth workers, or well intentioned friends.

Dad's are supposed to be the coaches that help their sons practice the game of life in a secure and loving environment so that when game time actually comes they are prepared. Instead dads deceive themselves into thinking that if they simply take the role of a cheerleader rather than a coach, they are doing their job. But cheerleaders don't prepare winners. In fact they are a distraction not a help.

Two choices are left when our sons hit the field unprepared. We either continue to cheer them on as they fumble the ball and head for the wrong goal post all the while using our pompoms to cover our eyes in bittersweet denial OR we get upset at them for doing such a terrible job and throw our pompoms down John McEnroe style in embarrassed disgust. The problem is that much of the failure of our sons reflects our own failure as fathers. We should have used the strong hands God gave us for more noble purposes than gripping those silly pompoms.

Dads -- we have the power to be used by God to free our sons, or to sit idly by foolishly hoping that our sons will "figure it out" more effectively than we did. Let's not be stupid. The results will be just as disastrous as it was for us. Don't you think our Heavenly father is pleased when dads follow his example and mercifully go to our sons to help them in their need rather than waiting for our sons to force us to do our job? Pick up the mantel God has given you dads! Cultivate and enjoy the fruit that Malachi promised would grow in the lives of families in which the gospel is present. Take those steps needed to turn your heart toward your children and theirs toward yours. -- Malachi 4:6

Don't know where to start? I'm sure your pastor would be relieved if YOU came to him for some proactive suggestions. And I am only an email away! :)
Posted by Dave Gregg at 9:36 PM